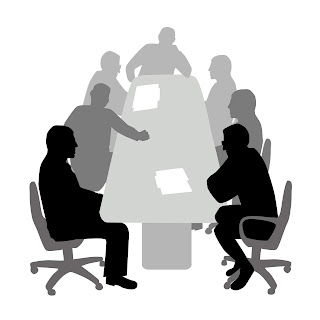 Negotiation is a process that can be learned.

1. Remember, everything is negotiable. Don’t narrow a negotiation down to just one issue. Develop as many issues or negotiable deal points as you can and then juggle in additional deal points if you and the other party lock onto one issue.

2. Crystallize your vision of the outcome. The counterpart who can visualize the end result will most likely be the one who guides the negotiation.

3. Prepare in advance. Information is power. Obtain as much information as possible beforehand to make sure you understand the value of what you are negotiating. Remember, very few negotiations begin when the counterparts arrive at the table.

4. Ask questions. Clarify information you do not understand. Determine both the implicit and explicit needs of your counterpart.

5. Listen. When you do a good job listening, you not only gain new ideas for creating win/win outcomes but also make your counterpart feel cared for and valued. This also allows you to find out what the other party wants. If you assume that his or her wants and needs are the same as yours, you will have the attitude that only one of you can “win” the negotiation.

6. Set a goal for each deal point. Define your minimum level of acceptance for each goal. If you aren’t clear on your goals, you will end up reacting to the propositions of your counterpart.

7. Aim your aspirations high. Your aspirations will likely be the single most important factor in determining the outcome of the negotiation. You can aim high just as easily as you can aim low.

9. Think like a dolphin. The dolphin is the only mammal who can swim in a sea of sharks or in a sea of carp. Dolphins are able to adapt their strategies and behaviors to their counterparts. Remember, even when negotiating with a shark, you have an option–you can walk away!

10. Be honest and fair. In life, what goes around comes around. The goal in creating win/win outcomes is to have both counterparts feel that their needs and goals have been met, so that they will be willing to come back to the table and negotiate again. An atmosphere of trust reduces the time required to create win/win outcomes.

11. Never accept the first offer. Often, the other party will make an offer that he or she thinks you will refuse just to see how firm you are on key issues. Chances are, if you don’t have to fight a little for what you want, you won’t get the best deal.

12. Deal from strength if you can. If that’s not possible, at least create the appearance of strength. If the other party thinks you have no reason to compromise in your demands, he or she is less likely to ask you to.

14. Be cooperative and friendly. Avoid being abrasive or combative, which often breaks down negotiations.

15. Use the power of competition. Someone who thinks it’s necessary to compete for your business may be willing to give away more than he or she originally intended. Sometimes just the threat of competition is enough to encourage concessions.
Posted by taufanyanuar at 9:24 PM